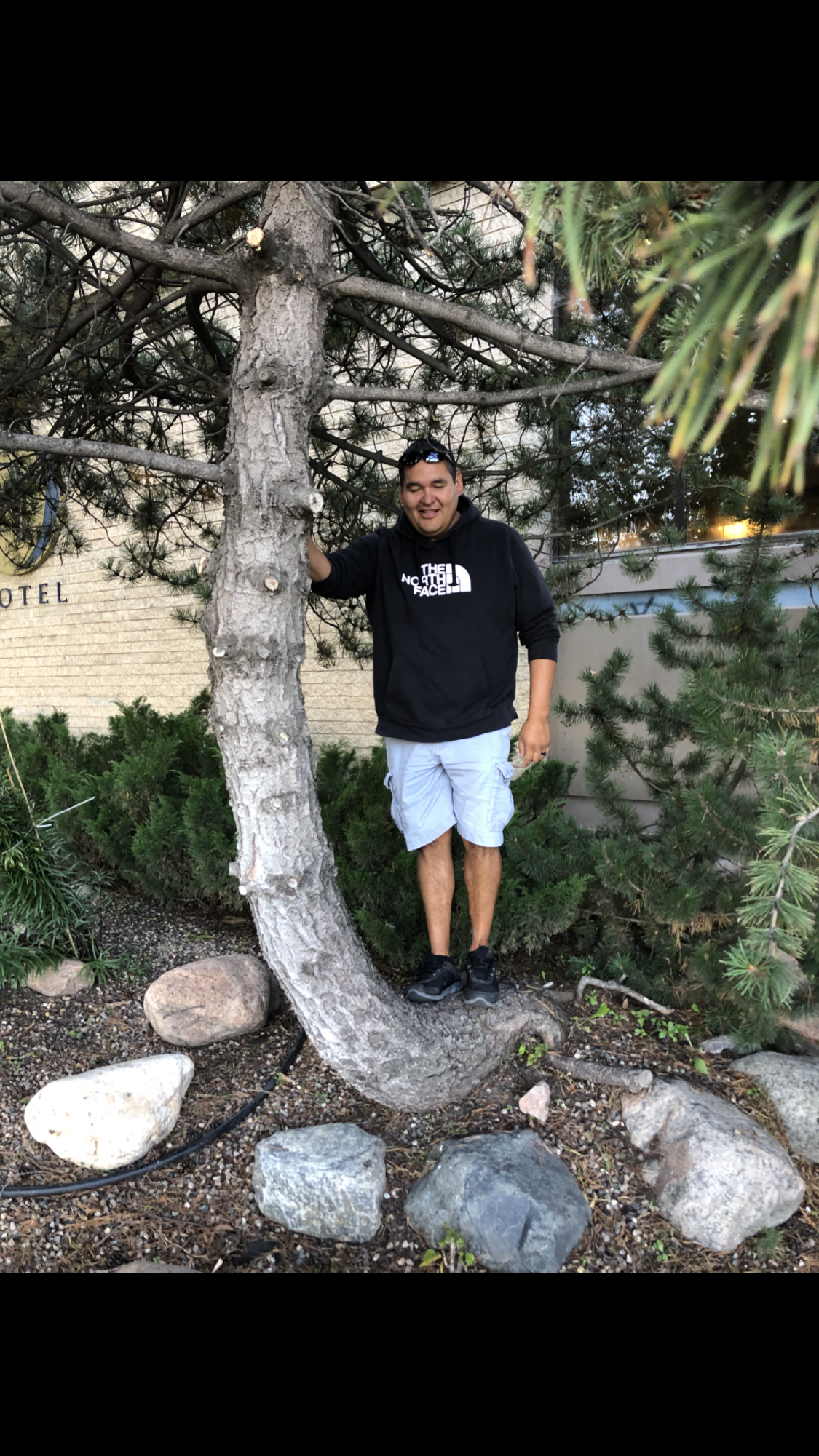 Daniel Redekopp, representing the RCMP, has been working for his organization for the long standing time of fourteen years! Paul accurately captured the essence of Dan earlier this year, calling him “a pillar of strength” which definitely describes Dan’s always smiling, easy-going nature!

What you might not know about Dan, however, is his hidden talent: he is an absolute beast in the karaoke skills department, and is an activity he enjoys immensely! This pastime, however, is hopefully one he squeezes in throughout his days at home, since he has two adorable kids and an eight-month old pup named Chewy that keep him busy. When he isn’t spending time with the fam, you’ll likely find him doing one of two things: playing sports, or watching his favourite shows on TV… cop shows of course! What you will not find him doing, is cooking, as he identified this as being the job he’d be the absolute worst at.

On a more serious note, however, Dan has excellent advice for up-and-coming graduates, saying that “you can do/be whatever you want in life, but you have to work for it”. He emphasizes this point further by saying that when it comes to choosing a career, “do not rush your decision or be pushed into something you don’t want”. Case closed.